You were just a child when you first started seeing Shinigami—supernatural beings whose duty is to collect the souls of the fallen. Once you reached adulthood, your rare talent got you scouted to work at a secret government agency monitoring their activity in Japan. Unfortunately, your office life consists of nothing but tedious paperwork and endless meetings… until one night, you come face-to-face with a ghost—a dangerous apparition that only appears if a soul isn't successfully retrieved.

Soon, reports of these hauntings come pouring in from across the country, and you're assigned to a secret task force with the three top Shinigami to investigate. As if that wasn't overwhelming enough, your heart stops when the agency director gives you some chilling news—your own soul is scheduled to be collected in just 30 days. 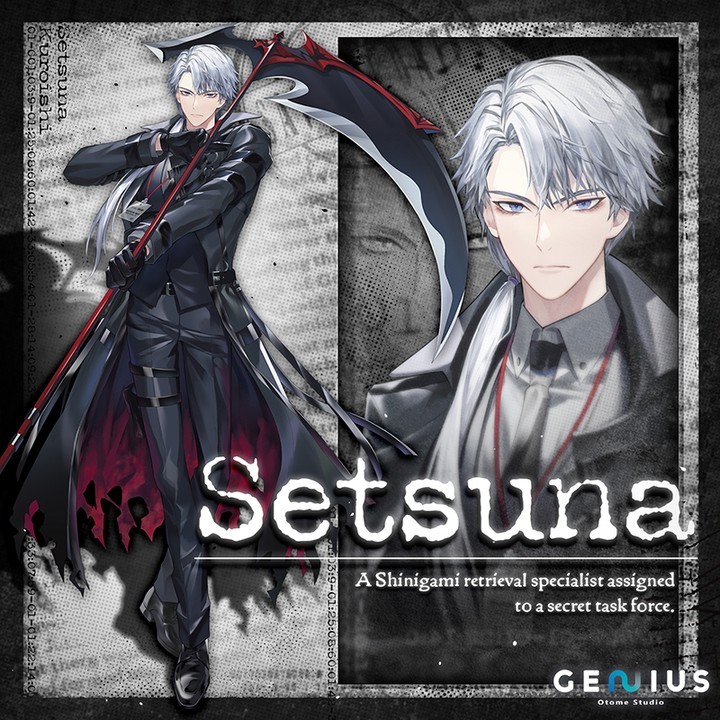 “You have no idea what you're walking into, human. If you insist on being stubborn, then do us a favor and stay out of the way.”

The stern, blunt, and cynical team lead, Setsuna is one of the most accomplished Shinigami of the modern day. He was raised in a strict environment, and as such, makes it a point to do things by the book. He firmly believes that the end justifies the means, which often leads to friction between the two of you. Can you help him understand things aren’t always black and white, or will you end up as collateral damage? 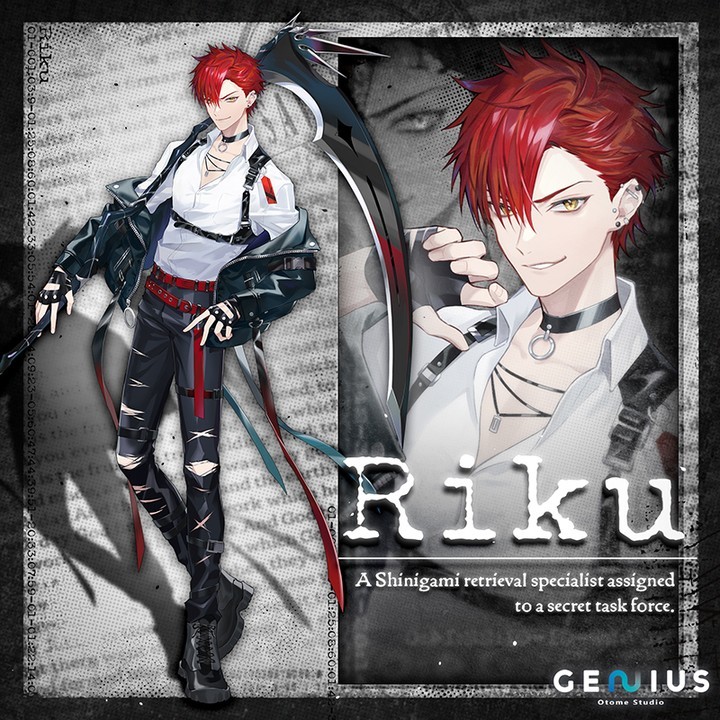 “Heh, you’ve got quite the attitude. This assignment might turn out to be some fun after all.”

Riku's a wild and boisterous free spirit who interprets his job description (and the dress code) as he pleases, much to Setsuna's ire. He's got a filthy mouth and acts far too arrogant for his own good, but as you get to know him better, you find that he's a genuinely friendly guy. His reputation at the office as a serial womanizer precedes him, so you try to keep things professional, but you sometimes catch him with a far-off look in his eyes. Perhaps there's more to your rowdy colleague than you initially assumed… 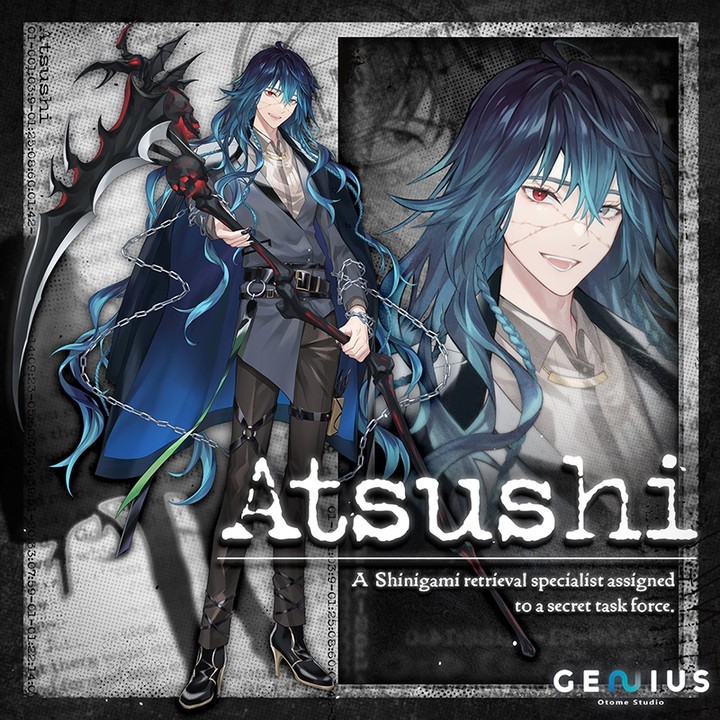 “I wonder if your soul is as beautiful as you are? Well, we'll find out in thirty days~”

Atsushi appears laid-back and playful around his colleagues, but his unpredictability and dark sense of humor mean that many are terrified of him. Nevertheless, he's one of the most skilled Shinigami at the agency, so it's no surprise when you find out he’s a member of the task force. As you spend time together, you quickly learn that this reaper has quite the disdain for humans, but for some reason, you can't help but feel drawn to him and his unique worldview. Is your attraction to him more than simple curiosity, or are you leading yourself to your doom?