So, begin from the start. Today Prettybusy pull out some information about Season 3, age rating and etc.

Prettybusy has been ordered by the Korea Game Rating and Administration Committee to adjust the age rating of LoveUnholyc to adult and to reissue adult ratings through Korea's independent rating review, not the rating of stores that have already been issued.

In accordance with the Korea Game Rating and Administration Committee's order, the rating will be changed to adult products (17+) in the same way around the world from the end of October.

Warning: for App Store users, game re-downloads/new downloads and in-game purchases will not be available for about a month (limited to Korea).

After completing the classification rating review in Korea (the rating review period of about 20 days or more), LoveUnholyc will be downloadable only to adult users in all Android/Apple models and countries around the world.

For adults: Because of a new age rating Prettybusy completely renewing the story and illustrations of Season 3 (S3). Also, they working on a Season 3 a spicier version.

For teenagers: Also, they are preparing a 12+ version of LoveUnholyc. Those who have the user ID of the existing LoveUnholyc are currently minors and cannot use the content soon can inherit all goods through the existing user ID.

For people who are saddened by this news: The regulations on refunds are carried out differently according to the regulations of each store, so we inform you that you can actually get a refund only when you contact the store directly instead of asking through Prettybusy.

I think it's really good news but because of that they can delay the release of Season 3. It's only my thoughts without official news 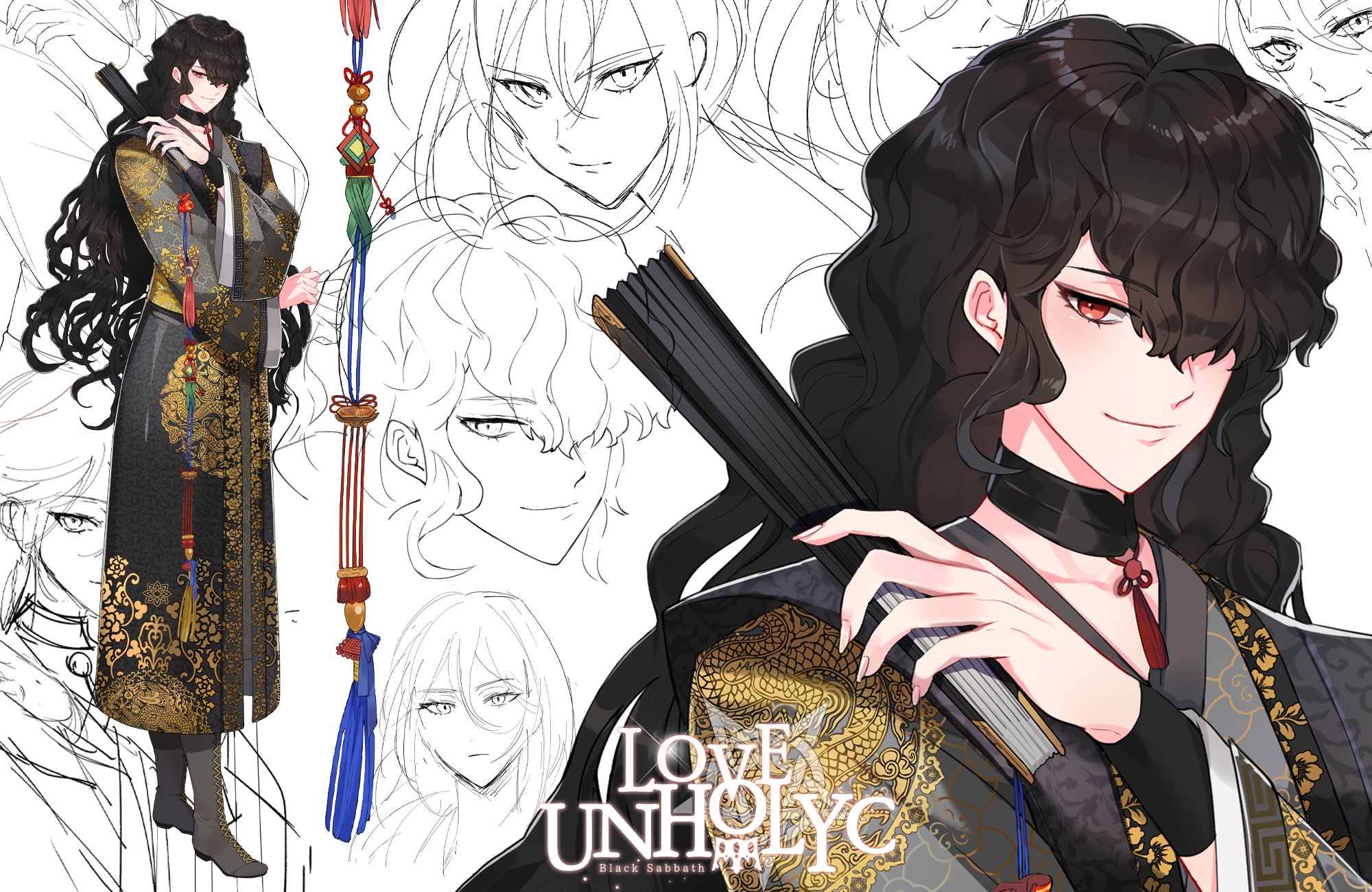 New characters appear in the revealed past. "Chaser" is one of them.

It's designed with the will to reflect Hanbok, a traditional Korean costume. Thanks to this, Chaser's nationality, gender, and also good/evil looks unclear. You can meet him at Season 3 (S3). 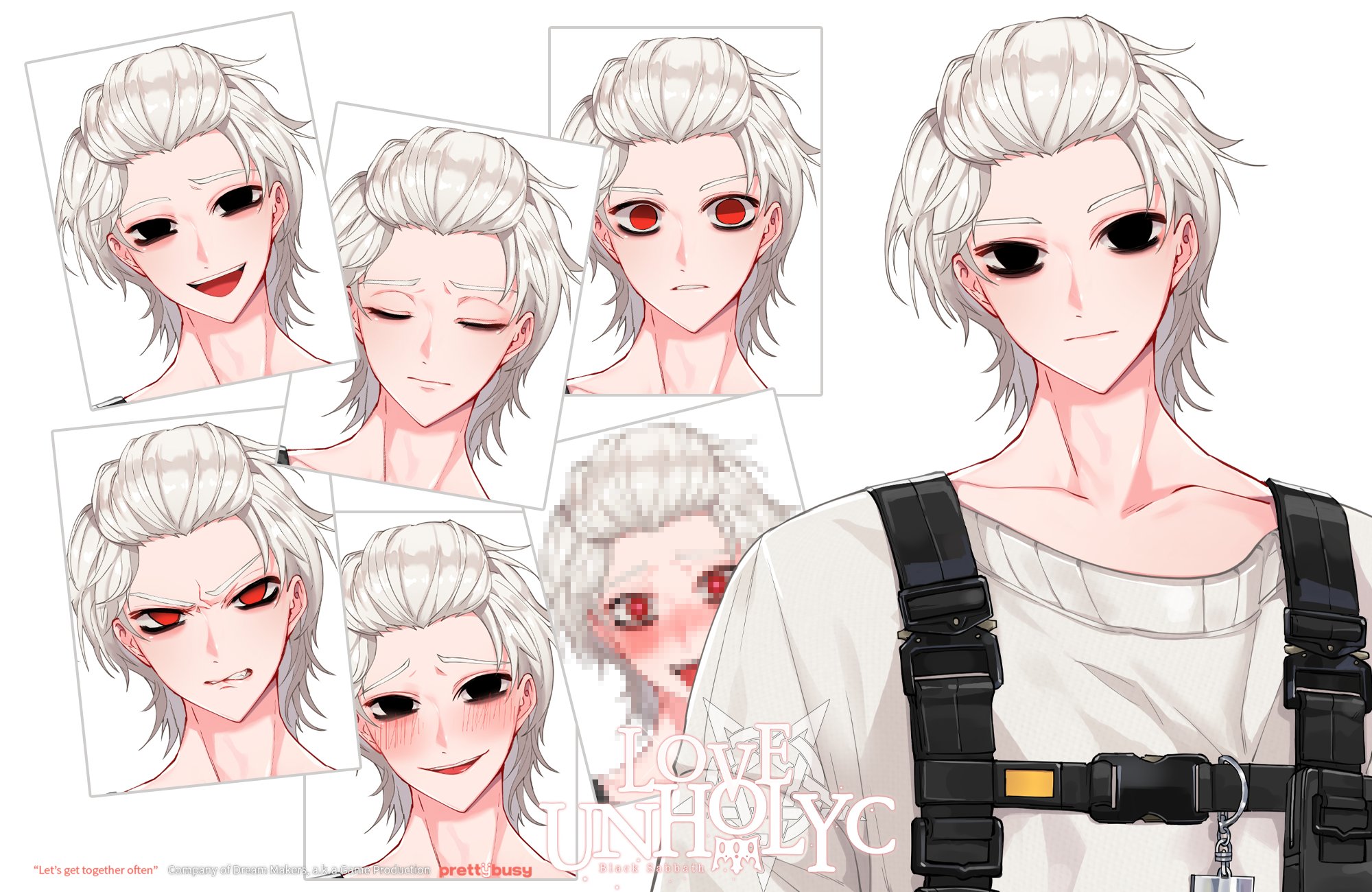 The first news is that now you can look at the facial expression of Eater, the main character of Season 3 (S3).

The second news is that Eater's voice has also changed to Min Seung-woo from Nam do-Hyung. You can check out his new voice in the scene that will be released soon.