After stepping on a mysterious magic circle, the heroine lands in a world of swords and magic. She is faced with many problems, starting from a sword being pointed at her by a scary-looking knight, to getting involved in an assassination of the crown prince.

Making full use of her power that blossomed in the isekai, such as the power to use recovery magic, the heroine spends 3months in the isekai till she’s able to get back to the original world, with great positivity...  It’s an exhilarating, heart-pounding isekai love fantasy.

(Because the world of the main character and the people of the isekai are genetically complementary, the heroine looks attractive to the handsome guys in the isekai, and therefore you’ll be able to play and enjoy the game easily) 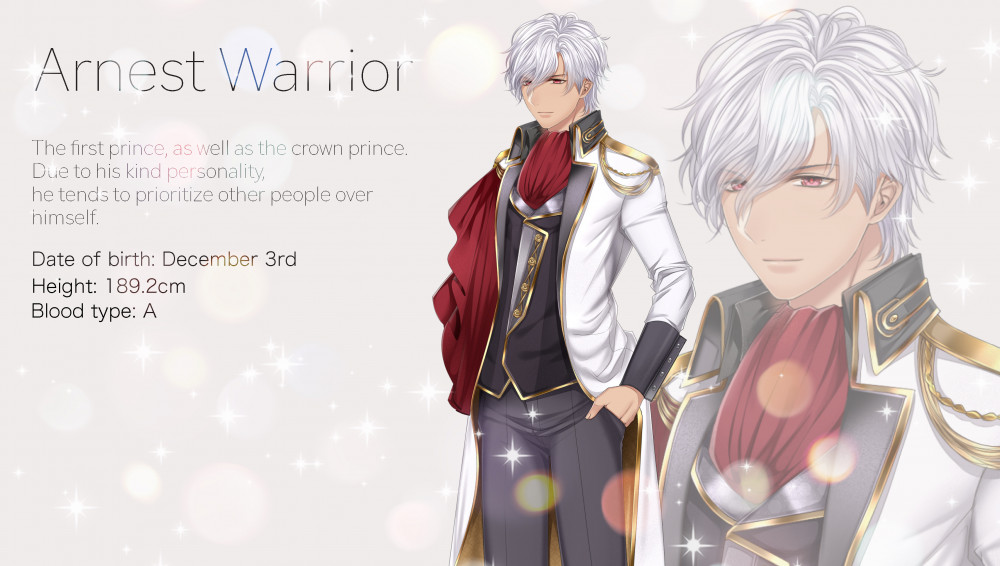 Arnest will melt your heart with his sweet and caring personality. Being the Crown Prince and having the blood of demons, he's faced with many struggles, but he never forgets his kindness to others. 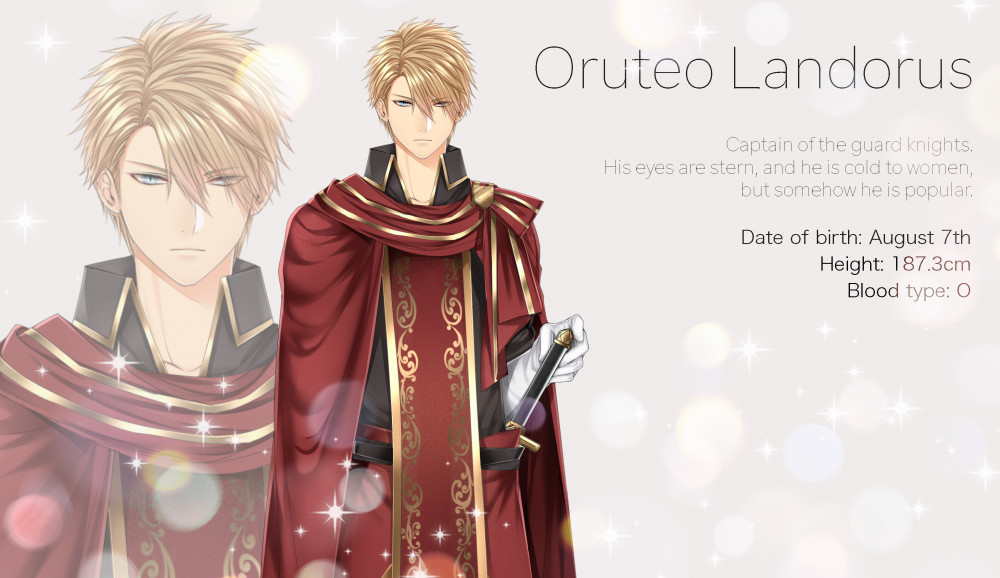 He's the captain of the castle guards and a good friend of Arnests. Oruteo is feared by many people from his appearance and cold attitude, but once you get to know him, he can be quite sweet...? 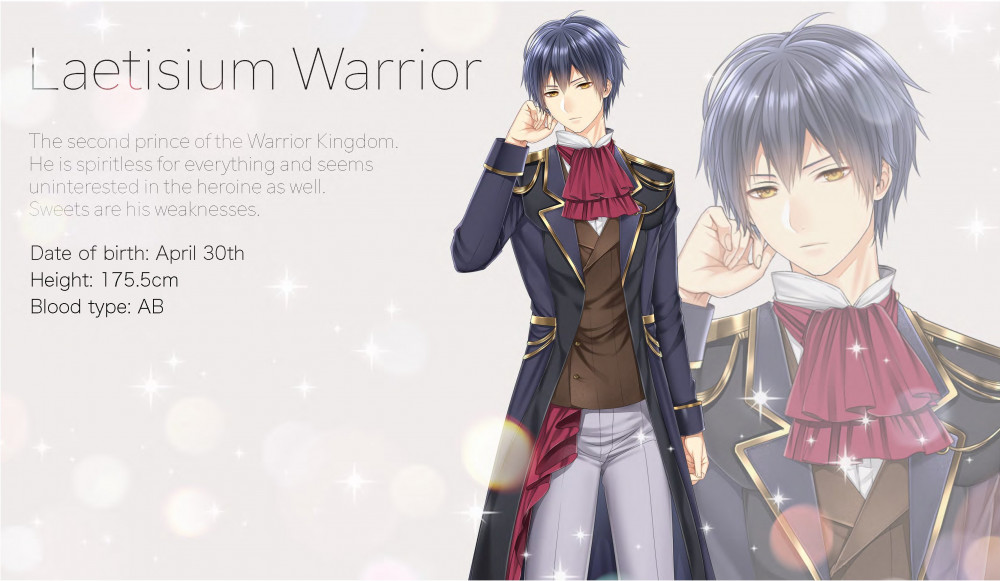 He's the second prince, and the most mysterious one among all, showing no interest in many things except sweets. 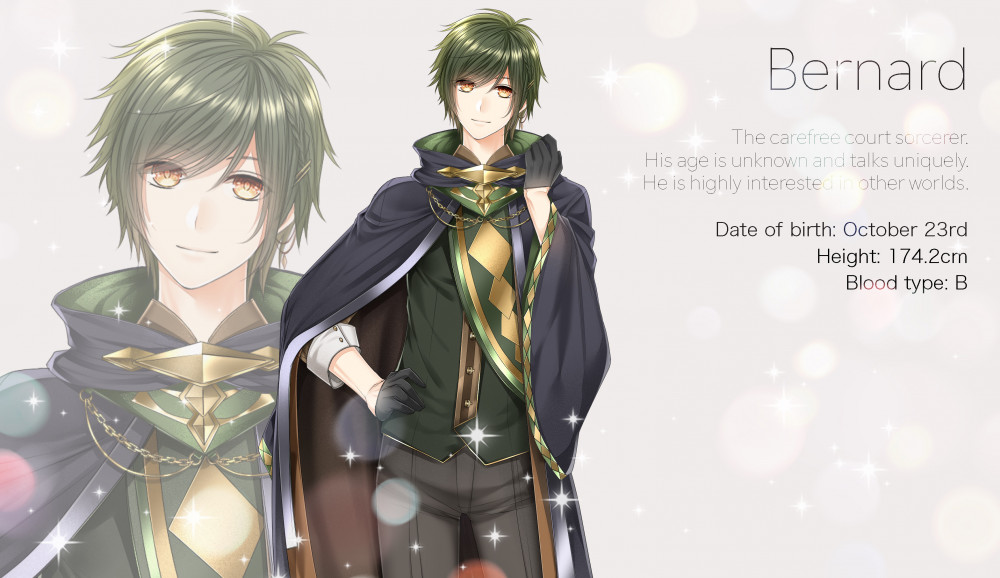 The court sorcerer. Anyone who loves a guy with a unique personality would instantly fall in love with him. Bernard is also very interested in the cultures of our world. 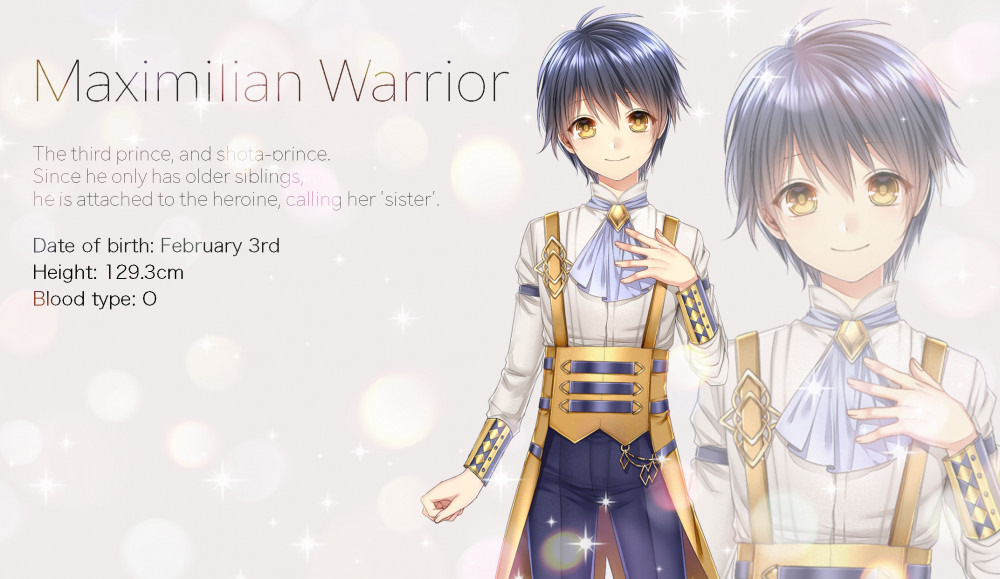 He's the third prince and the most adorable among all. Maximilian is a prince who lost his mother just after his birth. He is very affectionate to the heroine.