Stellis, a city that rose from the clash of civilizations.

Modern tech has given it its radiant neon lights but also cast long shadows of obscurity. Lately, there has been an abnormal increase in the number of mental illness cases as well as incidents that threaten Stellis' social security. Many gentle and good people of Stellis have somehow grown violent and volatile. These incidents may have been recorded, but they are often drowned out in a flood of data.

Yet someone took notice of them and compiled them for detailed analysis... Codenamed "X-NOTE", the project aims to peel away layers of obscuring data and reveal the hidden truth beneath.

When all is put on the scales of the law before Lady Justice, you will be the one to weigh their crimes in the balance. 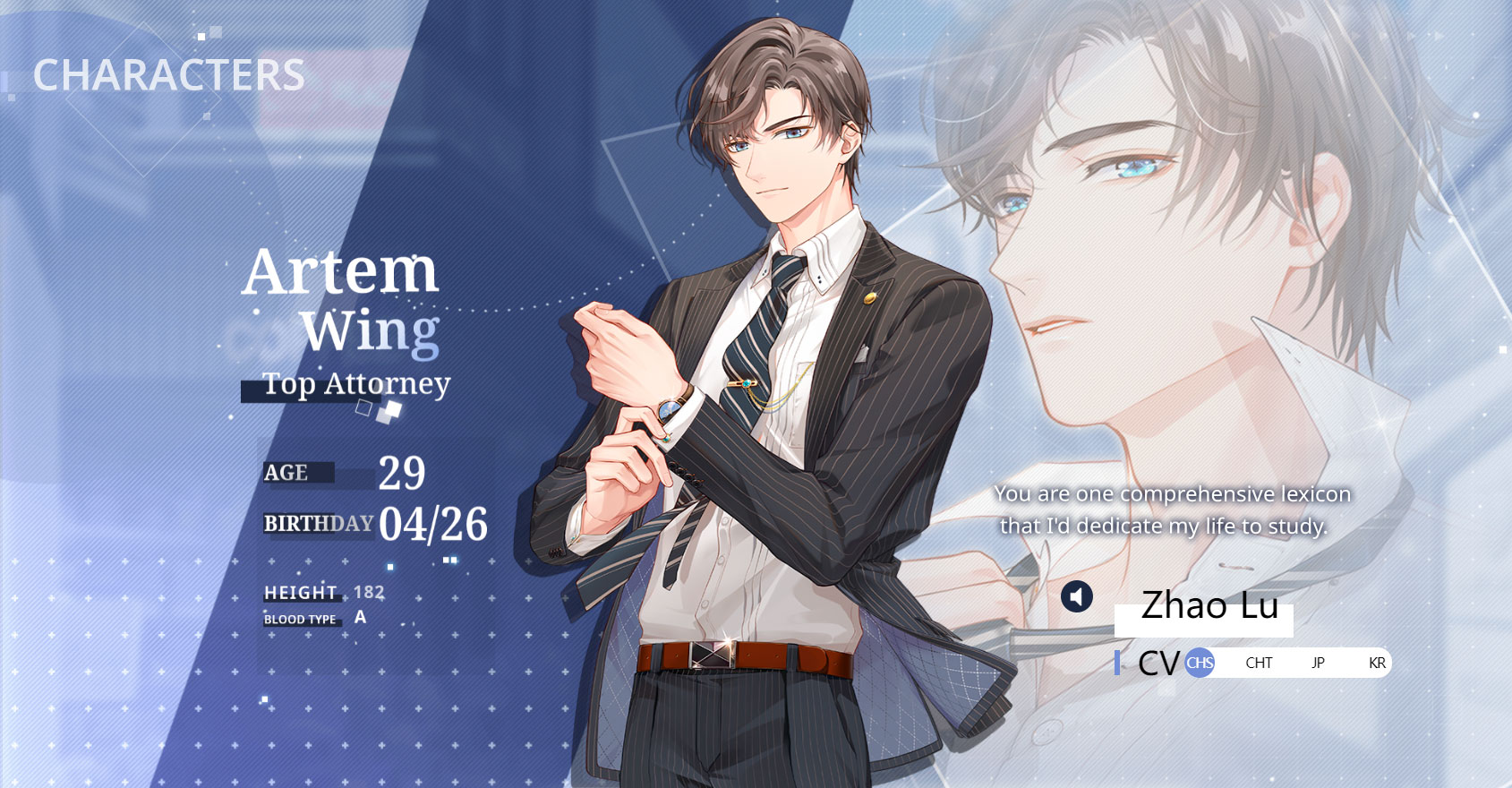 An attorney who's rarely ever lost in his entire career. His expertise runs across a wide range of fields, truly a display of his elite status amongst his peers. The standard to which he holds himself to is unimaginable. He only accepts the best effort of himself, never letting up. He can remain calm and logical at all times, which makes him not a big fan of those around him. The media jokingly calls him an emotionless robot defense attorney. Little do they know, this is because Artem has grown used to suppressing his emotions and impulses. No one can even begin to imagine the kind of past he bears... 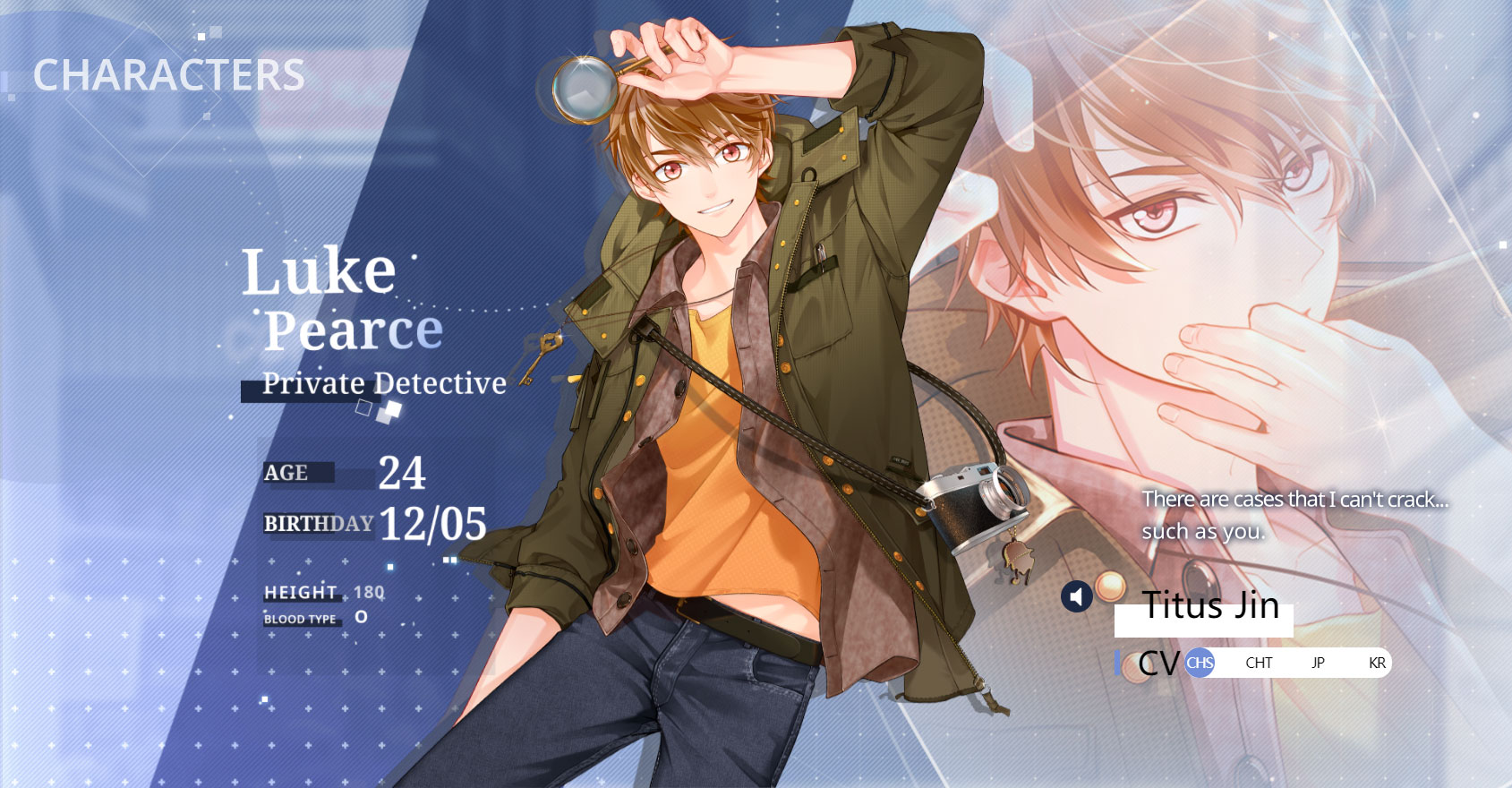 «There are cases that I can't crack... such as you»

A professional private investigator who's always a step behind when it comes to love.

An outgoing private investigator who brings light and hope to everyone around him. He's able to complete all kinds of jobs without breaking a sweat. Tracking, sniping, combat, tactical driving, and wilderness survival... There's almost nothing he's not good at... all except for expressing his love for the girl he grew up with... After being reunited after many years of separation, deep down, Luke is still the same old cheery but shy boy. 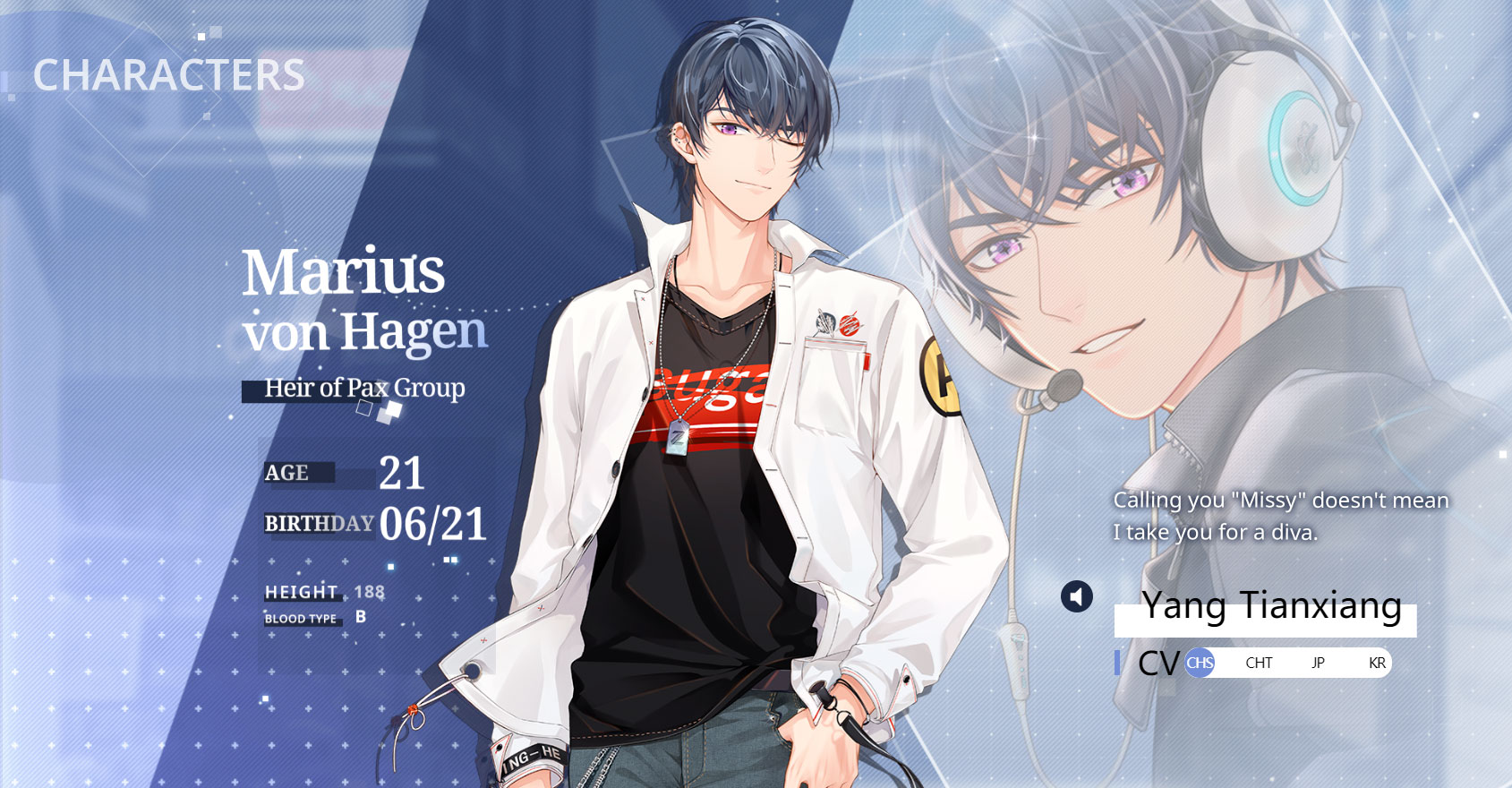 «Calling you "Missy" doesn't mean I take you for a diva.»

Heir to a global corporation that yearns for freedom.

An heir to a massive corporation whose ways are always out of the ordinary, and who never follow the rules. Marius has a carefree and rebellious playboy public image, all to hide his true self. This is also the reason why the public doubts whether he is capable of inheriting and leading such a vast family corporation. Born into the epicenter of the struggles of power. Marius grew tired of the endless scheming and politics. It's an unescapable masquerade ball, and all Marius hopes for is for him to never find his ball partner and let him be the only one that gets sucked into this bottomless abyss. 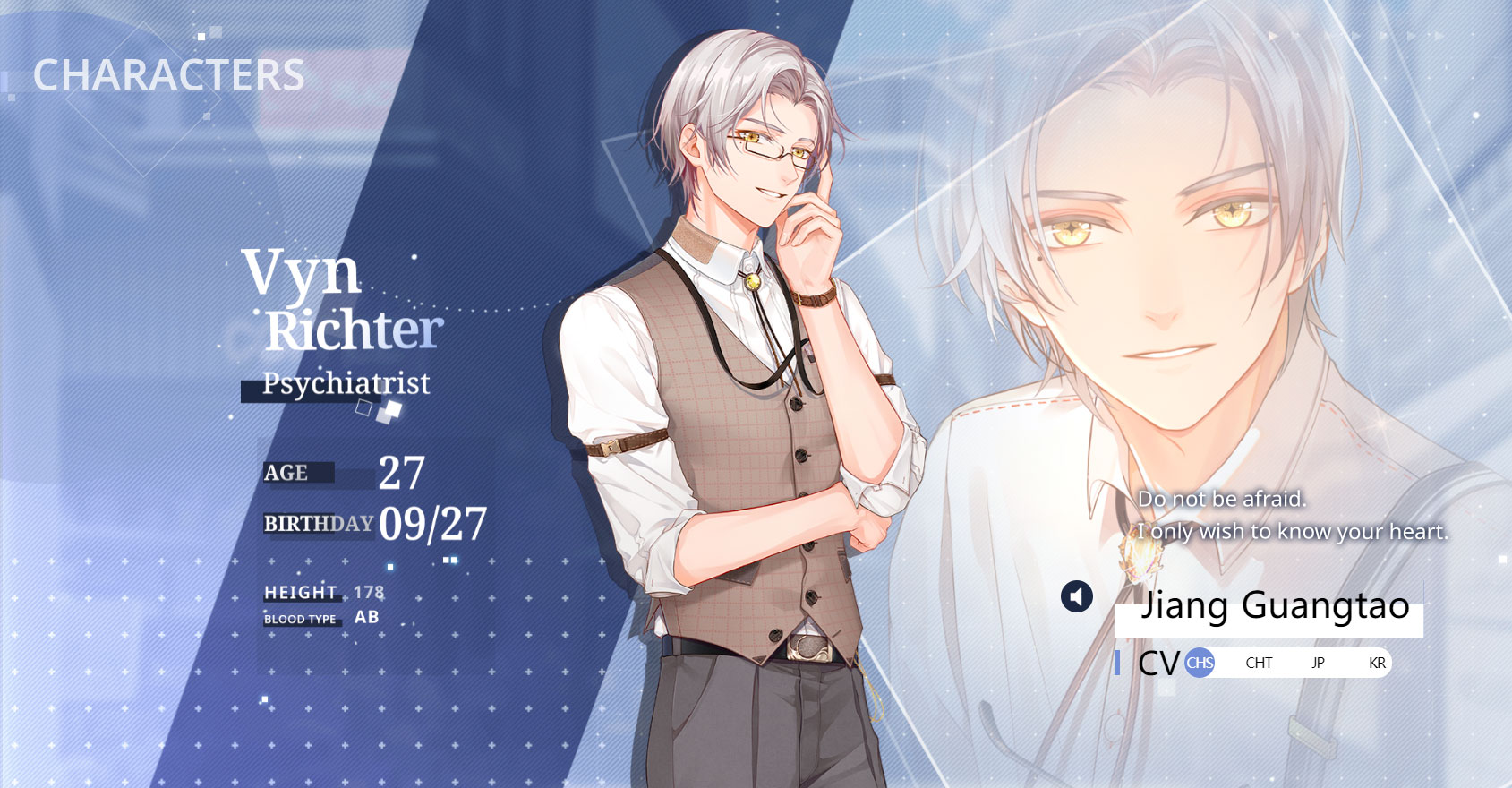 «Do not be afraid. I only wish to know your heart.»

A psychiatrist who can see through all forms of disguises.

A top psychology expert turned down all kinds of job invitations and decided to become a psychiatrist in Stellis City. He has an elegant vibe and nothing seems to be of challenge to him. Those around him feel at ease and naturally open up to him, displaying their truest self. However, as someone who always observed the volatile human emotions from the outside, Vyn never expected himself to become one with the same emotions.

Comments on «Tears of Themis»